Chuck Goetschel has held only one job in his lifetime — as a pizza delivery person, at 14 years young. Forever an innovator, Chuck figured he could do much more than just deliver pizzas.

So one day while on the job, he sold his branded hat to a customer, figuring the upsell would be worth it to his boss.

His boss didn’t agree. And that was the end of Chuck’s pizza delivery days.

However, it was just the beginning of his entrepreneurial pursuits. At age 15, he started his first two businesses, and he’s been a serial entrepreneur ever since — primarily in the personal development, business coaching and networking fields. That same desire to be of service to others has followed him into his current venture as founder and CEO of Rallio, a social media software as a service (SaaS) company.

While the medium of entrepreneurship may have changed, the mission to serve has not. As we all navigate the COVID-19 crisis, we sat down with Chuck — virtually, of course — to get his insights on doing business amid the pandemic, on entrepreneurship, on being of service, on extreme effort in the face of a crisis, and on being willing to do whatever it takes to survive trying times.

When You’re Extreme, You Expand

In one of our recent team meetings over Zoom, Chuck introduced the idea of being “extreme.” That word has special significance not only in the business world, but in Chuck’s own personal life as well.

“Most people live and work and play in their comfort zone. Extreme is anything beyond that,” explains Chuck.

The degree of “extreme” is different for different people, he adds. One person’s definition may vary from someone else’s. The key is kicking things up a gear to a point where you feel like you’re being challenged outside of what you would consider “normal.”

“For me, finding extreme takes putting myself in conditions that force into an internal dialogue,” says Chuck, whose version of extreme includes ultramarathons. In fact, he just recently qualified to participate in the April 2021 Marathon Des Sables, dubbed the “toughest foot race on earth” by the Discovery Channel.

In this type of race, he says, his body and mind will be screaming to stop — and, left with only the sheer will of his spirit, he’ll be forced to push beyond any perceived barriers to reach the finish line. “When it gets to that point, I can raise my gear,” says Chuck. “Only in moments like that can I locate that other gear and make the choice to expand.”

As we all navigate the COVID-19 crisis, we’ve seen businesses locating that “extra gear” and expanding, while others have downshifted and contracted. When asked, “If you could tell small businesses anything right now amid the pandemic, what would it be?” this was Chuck’s reply:

“Stop complaining and start solving. We’re all in it. You can spend all your time and energy saying how you’ve been affected, or you can pivot and be a solution.”

In other words, when the water keeps pouring onto the figurative “boat,” you don’t sit there and wait for the boat to sink, right? You figure out how you can help get water out of the boat — or maybe you abandon that particular boat, pivot and try something completely different.

One realization that’s emerged from the pandemic is that pivoting in the face of a crisis is the only way to survive — not to mention thrive. If a business wasn’t already incorporating an online and social media component to their business, now more than ever they must adapt to the new reality.

Consumers are increasingly turning to social media to stay connected, to access essential services and customer support, and to share information and inspiration in their communities. Ignoring this method of connecting with customers could mean the death of a business.

“There’s been a shift in the world, forcing people to engage online. It’s habit now, and people are used to it,” says Chuck. “If you unplug from that conversation, that’s going to hurt you.”

If you instead accept these “habits” and use the time to connect with a captive audience, you can experience growth instead of declines. Online components and other new lines of business such as live classes, takeout, curbside pickup and other adaptations made by businesses should become permanent changes.

In his lifetime, Chuck has had four mentors, each of whom has contributed uniquely to his outlook on business and life. For him, great mentorship can make a world of difference when you’re facing unprecedented times and challenges.

With mentors like those above, Chuck’s been able to find the lessons amid trying times and use them as fuel for the next best step. If you speak of failure, he’ll remind you there is no failure if a lesson comes out of it — and if you keep going despite the stumbling blocks along the way.

“Every day we have failures — but it’s just another challenge,” says Chuck, whose book Anatomy of a Comeback details the steps required to move forward after a setback. “You can pull a lesson out of everything. You can pivot.”

The very first step, he says, is to do something dramatic to change your state. “It’s really about doing something extreme to jolt yourself into a new state of mind.”

There’s that word again: extreme. Are you catching on to the theme?

Related: Social Media Marketing, the Quarantine Edition: How to Pivot When Times Get Tough 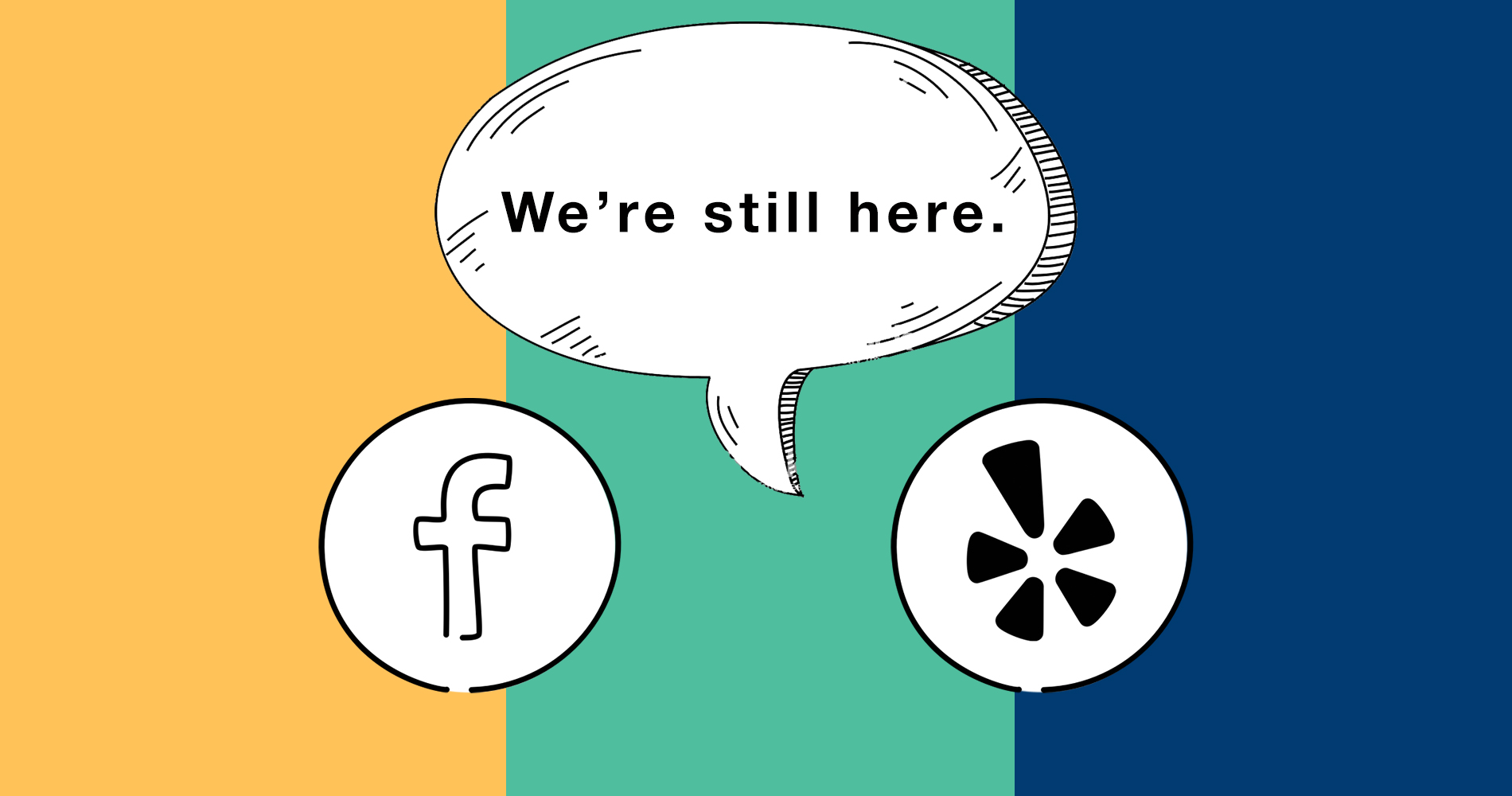 So Does a Great Team

Perhaps it’s this extreme thinking that has allowed Rallio to continually evolve, pivot, grow and shift course when needed. We listen to our customers, to the trends, to what our clients truly need, and we respond accordingly. We’re recognized as an Inc.com fastest-growing private company, an Entrepreneur 360 company and an Entrepreneur Top Franchise Supplier for franchise brands. And we’re not resting on our laurels.

“It’d be a whole lot less work if we just sat back on our heels and relaxed,” quips Chuck. But that’s not the Rallio way.

The Rallio way is not simply to stay on the bleeding edge of our industry, but to do it with the best team possible. We have not only the talent, but the culture, too.

It’s a culture of having fun, yes — as you’ll see if you read our social media posts or hop on a Zoom call with one of our team members. “But the culture we create is one that’s about welcoming change, challenging your own status quo, self motivation and monitoring, fast growth and fast movement and no excuses,” says Chuck.

That mindset allows us to continue attracting the most phenomenal people for their roles — people who pour themselves into their work and care about the end results. Without the right people, Rallio wouldn’t be possible, adds Chuck. We can scale infinitely because we onboard talent that thrives in this type of fast-paced environment.

And the Mission Continues

While the pandemic has generated divisiveness in some ways — whether politically or within communities tasked with weighing business closures against the health crisis — it’s also brought about a shift in perspective for many. We’ll never again take for granted the simple joys of getting a cup of coffee, catching up with friends over a nice meal, attending special events and just seeing one another face-to-face, Chuck says.

As businesses start to reopen, Rallio will be here to continue the mission that’s been Chuck’s driving force throughout his life as an entrepreneur. “I’m on a mission to make a difference,” he says. “All COVID did was give me yet another reason to help others.”

We’ve helped to facilitate pivots among our franchise and small-business clients, many of which have had to restructure the way they do business. Get in touch with us to start strategizing how we can help you emerge from the pandemic stronger than ever before.